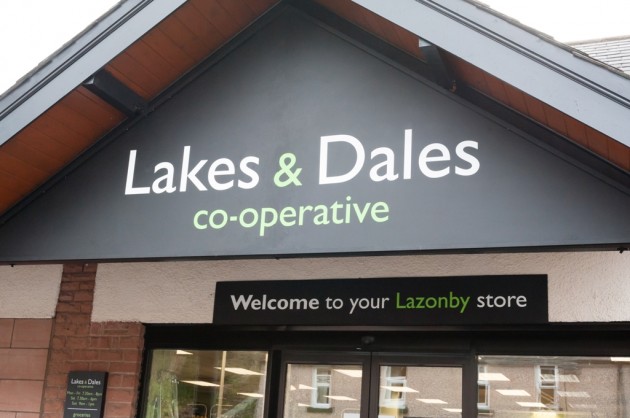 Lakes & Dales Co-operative which was formed following the merger of Penrith Co-operative and Scotmid has announced plans for its stores in Frosterley, St John’s Chapel, Stanhope and Westgate.

At the time of the merger over a year ago Scotmid Co-operative made a commitment that they would work with their staff, members and customers to understand the store estate before making any decisions about their future.

Malcolm Brown, Head of Corporate Communications at Scotmid Co-operative said, “We recognised immediately that Westgate had low turnover and was struggling. However, despite this we gave a commitment that we would trade the store for over a year to gain a better understanding of the store and to see if we could turn it around.

“This unfortunately has not been possible and it is our intention to market Westgate as a going concern, meaning that going forward we do not see the store as part of our future plans. We will keep our staff fully briefed on the progress of the marketing of the stores. In the meantime the store will remain open as normal.

“Over the past year we also recognised that the core estate of Penrith Co-operative had real potential for growth and this has been confirmed with the announcement that Stanhope and St John’s Chapel will be refitted and rebranded (Lakes & Dales) in the first quarter of 2015 and Frosterley will also receive a mini refit in the second quarter of 2015.

“It has also become clear to us that the Community Grant Scheme that we introduced is proving extremely popular and we intend to increase our community involvement working with our members and customers to seek out even more opportunities for future community initiatives. Further announcements on new initiatives will come next month in our member’s magazine Jigsaw.

“We would like to thank all our staff in the above stores for their continued hard work and commitment. The Society will of course support our colleagues directly impacted by the above changes.

“Going forward our focus is ensuring we build and grow a profitable business which will be fully committed to the communities that we serve.”