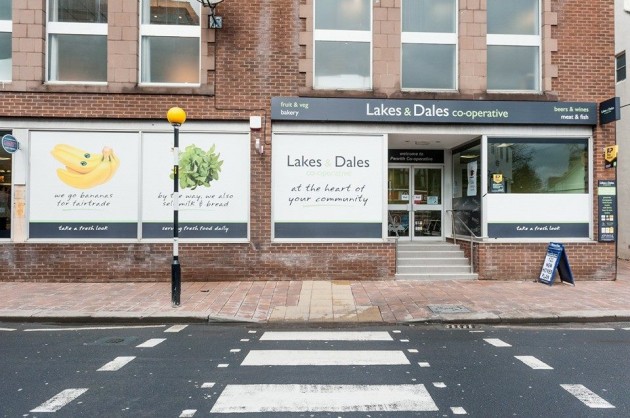 Lakes & Dales Co-operative (part of Scotmid Co-operative) regrets to announce that it is to close its food store in Burrowgate, Penrith on Friday, February 12, 2016.

The Penrith food store has been in an unprofitable trading position for a number of years and this situation has now reached an unsustainable level impacting on the rest of the overall business.

Malcolm Brown, Head of Corporate Communications at Scotmid Co-operative said, “It is disappointing that despite the best efforts of the Society and our staff we have been left with no alternative but to cease trading the store. Over the past two and a half years we attempted to stem the significant losses in the store by closing non-food and then re-fitting and re-branding the store to make it more competitive  in what is without doubt, a town with an over provision of food retailers.

Unfortunately, the decision to close the store will impact on the 26 staff (nine full-time and 17 part-time) who work within the store. They have now been informed that they are at risk of redundancy. A statutory consultation process will now take place with these employees to discuss individual circumstances.

“We have invested heavily in all our Lakes & Dales stores in terms of refitting, branding and community activity. We are pleased at the positive response by customers and members to these changes. However, Penrith has proved to be the exception to this.

“We would like to thank those customers who remained loyal to the Penrith store and continued to shop with us despite a growing number of other food retailers coming into the town. Unfortunately, in this crowded market there was just not enough footfall to keep the store open.”

The store and the rest of the building will now be heavily marketed as a substantial town centre retail/development either for let or sale.

Penrith Co-operative member share books which were held in Penrith’s Burrowgate branch prior to the 2013 merger, were subsequently transferred to Scotmid’s Edinburgh Head Office for safe keeping. Members, or close relatives of members, can be reunited with these books by completing an enquiry form which will be available in the Penrith store prior to closure or alternatively the form can be printed here and either scanned to membership@scotmid.co.uk or posted to Membership Department, Scotmid Co-operative, Hillwood House, 2 Harvest Drive, Edinburgh EH28 8QJ