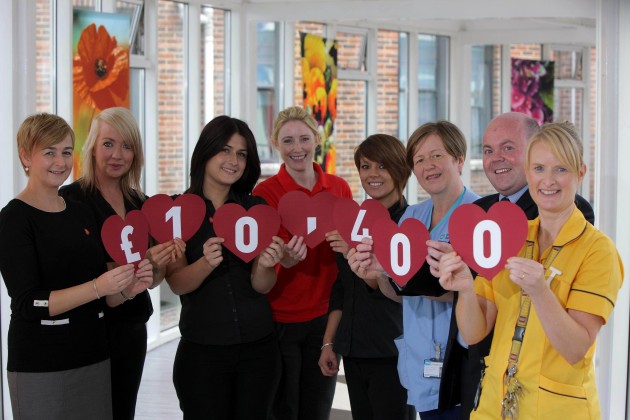 "A huge thank you to Semichem for selecting us as their Charity of the Year and supporting local children with congenital heart disease."

Semichem Northern Ireland today (16 September 2013) announced that staff and customers have raised £10,400 for the Children’s Heartbeat Trust during their charity partnership year.

Semichem staff visited the Clark Clinic at the Royal Belfast Children’s Hospital, where the charity is based, to celebrate the partnership and see the care provided to children with heart disease first-hand.

The funds will go towards life-saving research into children’s heart disease, new medical equipment, resources and parental support groups for families. The Clark Clinic is the only regional unit for all children in Northern Ireland requiring specialist treatment for heart conditions.

Staff from Semichem’s 25 stores in Northern Ireland have undertaken sponsored fitness challenges, in-store raffles, charity collecting tins, and other innovative fundraising feats, including staff wearing their pyjamas to work at the Park Centre Semichem in Belfast.

Sarah Quinlan, Executive Officer for the Children’s Heartbeat Trust said: “We are overwhelmed by the support and generosity of Semichem and their customers in raising the fantastic sum of £10,400 in aid of the Children’s Heartbeat Trust.  These funds will help us continue to provide emotional and practical support to children with heart disease and their families across Northern Ireland.  A huge thank you to Semichem for selecting us as their Charity of the Year and supporting local children with congenital heart disease.”

Elaine Williams, Store Development Manager for Semichem Northern Ireland: “All of the staff in Semichem Northern Ireland have really enjoyed the challenge of raising over £10,000 for this fantastic local charity. The Children’s Heartbeat Trust do amazing work for children with heart disease and their families and we are so happy that we’ve been able to help them.”