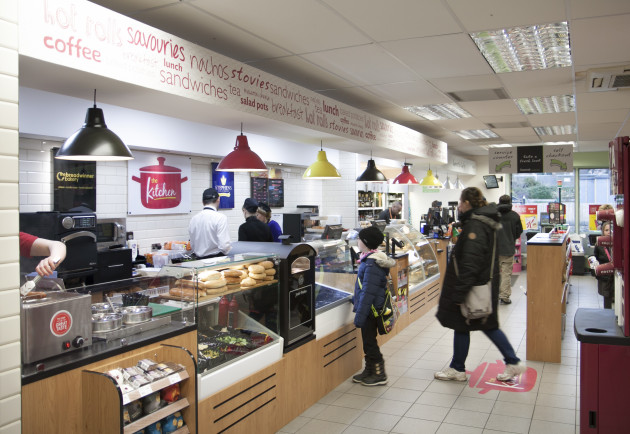 Scotmid Co-operative has delivered a £2m trading profit (for the 26 weeks ended 30th July 2016) a positive half year performance against the background of a sluggish Scottish retail market and a period of considerable uncertainty.

As well as the general uncertainties caused by the Brexit referendum, Scotmid’s retail businesses also faced up to the challenge of price deflation, luke- warm consumer sentiment and additional costs from the introduction of the National Living Wage (NLW).

John Brodie, Chief Executive of Scotmid said, “Against this background and that of a declining Scottish market our retail trading businesses delivered good performances. The Scottish Retail Consortium reported a 1.6% average reduction in like for like sales in the six month period. In this context our food convenience business performed well, with turnover growth driven by differentiation initiatives such as bakery and food to go helping to offset the market decline.

“Our Semichem stores found it more difficult to counter market factors but still delivered a positive sales performance ahead of the market. This included the benefit of further growth in premium fragrance sales building on the success of last year.

“The funeral business performed ahead of expectations when compared against a particularly strong first half last year and taking into account increased competition in many of the areas in which we operate. Rental income from Scotmid’s property investment portfolio was also robust, particularly for our residential property, which helped to offset the additional cost burden arising from the increase in Scottish business rates for vacant property.

“Development of our Co-operative agenda continued with further work on membership strategy and the implementation of our membership app. We were also pleased to report that the Society’s long standing commitment to pay our fair share of corporate taxation was acknowledged externally with the award of the Fair Tax Mark.

“At the year-end we highlighted the specific challenge of the NLW in the context of an unfavourable Scottish retail market. The Society has delivered a positive initial response to this challenge by accelerating continuous improvement initiatives while maintaining focus on the development of our core business to deliver a solid first half result.

“However, the last six months has seen the magnification of general market uncertainties both in the lead up to and after the result of the Brexit referendum and we anticipate that the uncertainty will continue until the shape of the UK’s terms of exit become clear. Consequently, we expect the second half of 2016 to be equally or more challenging with the full cost impact of the NLW.

“This will also continue into 2017 when we face further cost increases including the apprenticeship levy. The economy and in particular the unfavourable retail landscape will be a significant ongoing challenge for the Society which we will continue to address with our continuous improvement philosophy which has served us well for a number of years.”