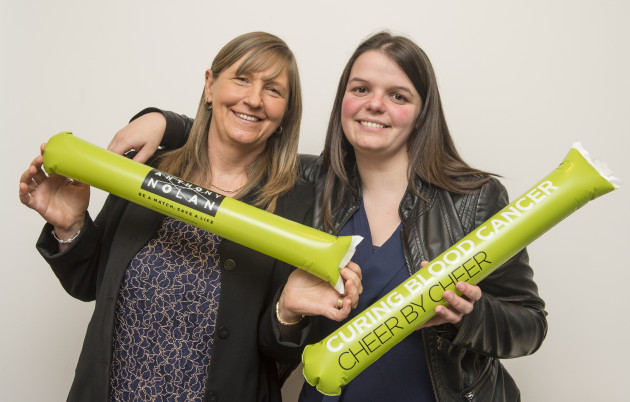 To represent the heroic nature of the partnership, a superheroes theme was chosen. This was the highest total Scotmid has ever raised during a charity partnership, smashing previous levels, and will go towards recruiting thousands of lifesaving stem cell donors from Scotmid areas.

Nearly 5,000 staff members from more than 350 stores turned into ‘The Scotmid Lifesavers’ for the year, teaming up with their communities to attempt to raise a target of £200,000 for Anthony Nolan.

The Scotmid Lifesavers reached the impressive total by taking part in everything from head shaves to bungee jumps. Members of staff also braved The Loony Dook and spine-chilling Ice Bucket Challenges.  Others designed and sold their own cook book and took part in food tastings.

Henny Braund, Anthony Nolan’s Chief Executive, said: “We would like to say a huge thank you to the Scotmid family, their members and customers for raising such an incredible amount of money for Anthony Nolan. We are extremely grateful for their efforts and have very much enjoyed working with their passionate and caring team, from head office to the local stores.

“The money Scotmid raised will help us save lives by adding thousands more potential donors to our bone marrow register from Scotmid’s retail areas – Scotland, North of England and Northern Ireland.

“These local heroes could be the only lifesaving match for someone with blood cancer – someone who would otherwise have no other chance to live. This partnership has given people hope for the future by providing many more chances of finding a cure.”

John Brodie, Chief Executive of Scotmid, said: “I am immensely proud of the hard work, determination and commitment of our staff, customers and members in raising this record breaking amount on behalf of Anthony Nolan. It’s clear that Anthony Nolan’s vital work to find matching donors for people with blood cancer resonated with our staff and customers and inspired them to go above and beyond this year. As Anthony Nolan celebrates four decades of saving lives, we hope we have contributed somewhat to helping this amazing charity continue its world-class research into blood cancer.”